As 2015 draws to a close, I thought it would be appropriate to look back at the top 10 moments of one of my most memorable years. It’s hard to believe that some of the greatest people I’ve met and the biggest projects I’ve ever worked on all happened this year.

Before we get into my top 10 moments, I want to thank everyone who has been a part of this journey. I struggled throughout my entire teenage life with my self-confidence, so to become an inspiration to thousands of people all over the world is extremely humbling. I’ve been the happiest I’ve ever been in my life. So thank you! Cheers to another great year!

Just days before SS 2016 Fashion Week, I went on WMMR’s Preston & Steve’s show to talk about my new bionic hand. Unlike most interviews I do, this one was by far the most entertaining one. Most would tip-toe around amputee jokes – but not these guys. It wasn’t long until we got on the topic of bionic hand jobs and my ability to give the ‘shocker’ with my prosthetic hand. WATCH THE VIDEO.

Philly is my home city. From the cheesesteaks to the Philadelphia Flyers, it’s my favorite place to be. Being able to connect with Philadelphia has been so important to me. Thank you, WMMR, for allowing me to do so!

Oh, Taylor. When I first saw his photos in the Michael Stokes Always Loyal book, I knew I had to get in touch with him. We instantly hit it off and became great friends. It wasn’t long until we found some time to collaborate on a photo shoot. Our shoot with Steve (Csaw Studios) was incredible! People Magazine even published the photos along with a stunning interview (Thanks, Char!).

This was the first time I was able to attend Camp No Limits in Maryland. What an experience! During my 2-day stay, I was able to connect with so many familiar faces, including Jen and Jordan Reeves of Born Just Right, and bebionic ambassador Sean McHugh. Part of why I model is to be able to give back to kids who were born just like me. I'm so happy I'm able to educate, give advice and be a mentor to those who look up to me. I'm lucky to be able to have this opportunity.

I met Madeline Stuart for the first time at New York Fashion Week SS 2016. Maddy is such an incredible inspiration to so many people, including myself. She's a force to be reckoned with!

When I was out in Los Angeles in October, I found out she was going to be in the same area at the same time. So of course, we had to shoot together! Thank you, Madeline, for being a role model to millions. I feel honored to have collaborated with you on such a beautiful photo shoot. (Photography by Erica Nichols) 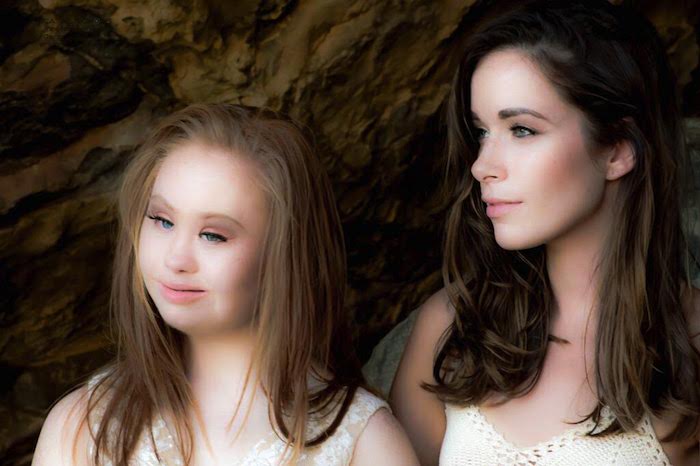 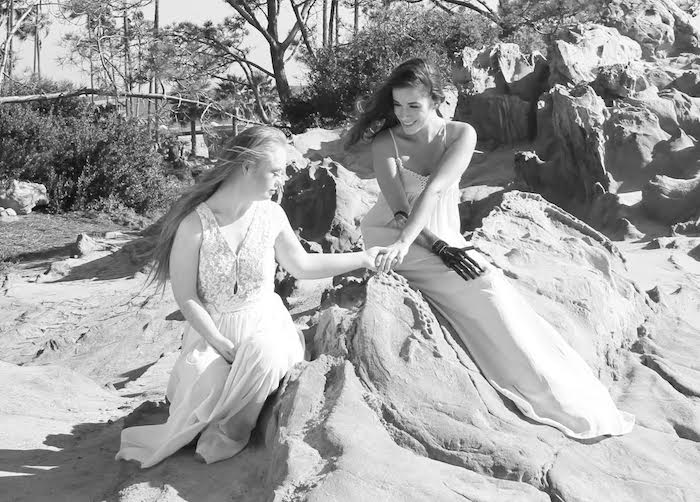 I first met Nick Newell through the Lucky Fin Project, as he is also an ambassador for the non-profit. Nick Newell is by far one of the most interesting people I know (in a good way, Nick, I promise!). His love for mentoring kids is just as great as his love for cats, and that's a lot! When I had the opportunity to join Molly (founder of the Lucky Fin Project) to see one of Nick's MMA fights live, I instantly said yes. Little did we know it would ultimately be Nick's last fight, as he announced his retirement after his win. Thank you, Nick, for letting us all be a part of your journey, and we can't wait to support your new endeavors!

PS, Thank you, Molly, for letting me be your date!

5. Appearance on Dancing with the Stars

Gosh, it would be a dream to be on the Dancing with the Stars show! Well, in October, I had the amazing opportunity to sit in on the show and watch it live. Knowing my sister-in-law is a huge fan of the show, I flew her out to Los Angeles for the day to be my date. What an experience! Rachelle and I were even introduced to Backstreet Boys Nick Carter and pro dancer Sharna Burgess during a commercial break. I am so incredibly thankful to have had the chance to see the show in person. Hopefully you'll be seeing me on that show one day in the near future!

I have to admit, I don't think I'd be where I am without Touch Bionics. Well, I wouldn't be called the 'Bionic Model,' that's for sure, haha! A few years ago, I started the process of getting the ilimb, a prosthetic hand I had my eye on for quite some time. After being quickly denied by my insurance company, Touch Bionics stepped in and helped appeal my claim. After about a year of fighting the insurance company, we hit a dead end. It was at that moment Touch Bionics made me an offer to become one of their ambassadors. I feel so lucky to represent this company and to have a huge part in the development of future advancements in their products.

Also, I want to give a HUGE thanks to Advanced Arm Dynamics in Philadelphia, who fitted my socket for the prosthetic arm. They have graciously donated their time and money into making this all come together for me. I am forever grateful to them.

One of the best memories of 2015 has to be my opportunity to work with Nordstrom for their 2015 Anniversary Catalog. Nordstrom was my first big gig, but it wasn't easy to get. I poured a lot of blood, swear and tears into earning that job. For the first time in my career, I finally felt like I could be taken seriously in this industry. Hopefully I'll cross paths with the company again. They were a joy to work with.

New York Fashion Week is one of the most reconized fashion shows in the entire world. Many models can only dream of strutting the runway, and I had the honor of walking in both seasons this year. I can't even begin to tell you how amazing it was to walk the runway. I mean, that should be a separate post, really. Needless to say, this was by far the best moment in my modeling career to date. I cannot wait to see what 2016 holds for me.

I want to give a huge thank you to Ilaria Niccolini and the entire FTL MODA team for believing in me and molding me into the best runway model I can possibly be. You have literally changed my life and I am incredibly grateful for it. 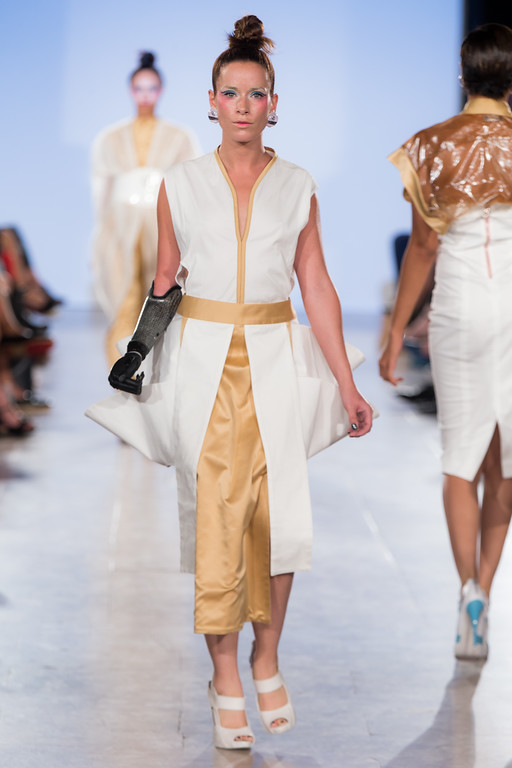 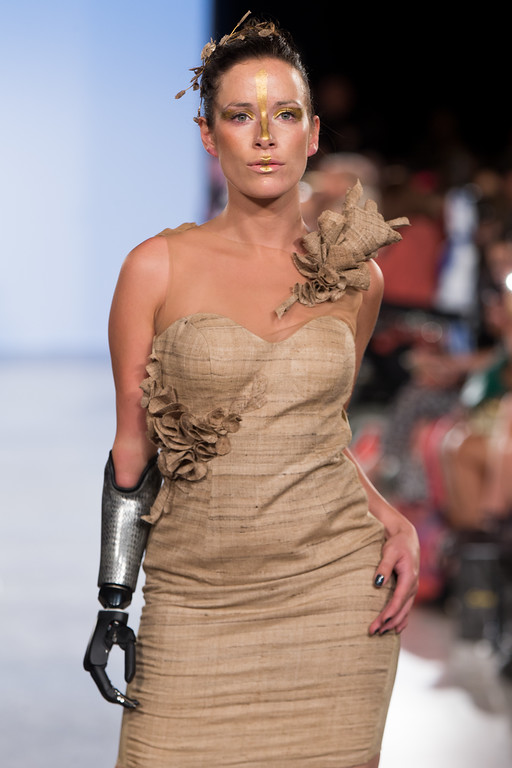 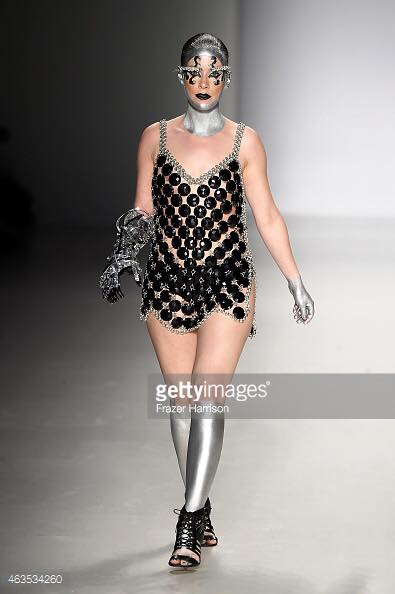 1. My nephew entered the world

Liam, you have brought me so much happiness this year. You make all the stress in my life go away. Although you don't know it yet, you're the reason I keep going every day. This modeling thing isn't easy, but knowing I can continue to be a role model to you and thousands of others, makes me love what I do even more. I hope I will make you proud. Love, Auntie Beka.